The book, Also your wound, Rosa, published by Minerva Projects is designed by Ali Cindoruk, printed by Ofset Printing House, and edited by Pelin Uran. The book brings together writings on the concept of vulnerability by Ozgur Demirci, Alev Ersan, Gamze Hakverdi, Gordon Hall, Johanna Hedva, Adelita Husni-Bey, Amal Kenawy, Lata Mani and Nicholas Grandi, Jang Minseung, and Gregory Whitehead. The included artists maintain writing practices alongside their visual art practices. Some of the texts are newly commissioned and some are already existing. The writings range from searches for the voice of vulnerability, to feminist practices that foreground creating community based on care, vulnerability, interdependency, and responsibility to the other, to selected haikus and an undelivered letter written to a deceased artist, to a curator’s own explorations of poetic connotations within her woundscape.

PELİN URAN is an Istanbul-based curator. After she completed her studies at Bard College Center for Curatorial Studies in 2005, she has worked at Fondazione Sandretto Re Rebaudengo in Turin. Working as a freelance curator, Uran recently curated We Do not Know This To Be So in Istanbul. Alongside her curatorial practice, she offers private contemporary visual art classes.

ALİ CİNDORUK is a multi-modal designer and visual interpreter. Before settling in Istanbul, he lived and worked in New York. Together with architect Aslıhan Demirtaş, Ali co-founded KHORA, a collaborative and multiscalar practice. He designs and choreographs identities, visual narratives, experiences, objects, and places. Ali also generates speculative and conceptual work and is a member of Grup Grip-an art collective that investigates myth making, intertextuality, and appropriation.

ALEV ERSAN’s work has its roots in composition and narrative, and is developed through the mediums of literary translation, animation, poetry, and installations using text, sound, and drawings. Language and memory are constant undercurrents and collaboration a frequent mode of working. Her collaborations have been shown at The Cultch, Vancouver East Cultural Center, Firehall Arts, dOCUMENTA (13), and Sharjah 13 Biennial Offsite Projects Istanbul. Her poetry, writing and translations have appeared in Canadian Literature: A Quarterly of Criticism and rRview, Aeolian Visions/Versions, Morality in Fragments-Kunstinstituut Melly, RE: (AAP) Arter Artistic Research Program, and most recently in the Monograph for Füsun Onur for the Turkish Pavillion at La Biennale di Venezia.

GAMZE HAKVERDI completed her graduate studies at Hacettepe University Faculty of Communication. She worked as a research assistant at the same faculty between 2007 and 2017. Her master’s thesis, which examines the new Turkish cinema from an aesthetic point of view, was published in 2013 by Dipnot, under the title of Water, Fog and Soil: Film-Images of New Turkish Cinema. She completed her doctoral degree in the Faculty of Communication at Ankara University in 2016. Her doctoral dissertation, in which she conducted the field research on vulnerability from a psychoanalytic perspective, was published by Metis in 2021, under the title Vulnus: On Vulnerability, and printed in a second edition in 2022. She is the author of several articles on cinema and visual studies, as well as of short films and video-installations. She currently lives in Rome, and continues to reflect on new textual / visual research ideas.

GORDON HALL is a sculptor, performance-maker, and writer based in New York. Hall has presented solo exhibitions at Portland Institute for Contemporary Art in 2019; MIT List Visual Arts Center and The Renaissance Society in 2018; Temple Contemporary in 2016; and EMPAC in 2014, among others. Hall’s sculptures and performances have been exhibited in a variety of group settings including AIR Gallery in 2021; Verge Center for the Arts in 2019, The Drawing Center in 2018, Socrates Sculpture Park, Wysing Arts Center, and Abrons Arts Center in 2017; Art in General in 2016; White Columns, Whitney Museum of American Art, and Hessel Museum at Bard College in 2015; and The Brooklyn Museum in 2014, among many other venues. Hall’s books include Other People’s Houses (AIR Gallery, 2021); The Number of Inches Between Them (MIT 2019); OVER-BELIEFS, Gordon Hall Collected Writing 2011-2018 (PICA/Container Corps, 2019); Reading Things—Gordon Hall on Gender, Sculpture, and Relearning How To See (Walker Art Center, 2016), and AND PER SE AND (Art in General, 2016).

JOHANNA HEDVA is a Korean-American writer, artist, musician, and astrologer, who was raised in Los Angeles by a family of witches, and now lives in LA and Berlin. They are the author of the novel, On Hell (2018). and the collection of poetry, plays, and essays, Minerva the Miscarriage of the Brain, 2020. Their work has been shown at The Institute of Contemporary Arts in London, Performance Space New York, the LA Architecture and Design Museum, and the Museum of Contemporary Art on the Moon. Hedva’s writing has appeared in Triple Canopy, frieze, and The White Review, and is anthologized in the Documents of Contemporary Art series by Whitechapel. Their essay “Sick Woman Theory,” published in 2016 in Mask, has been translated into six languages. Their albums are The Sun and the Moon (2019) and Black Moon Lilith in Pisces in the 4th House (2020).

LATA MANI is a feminist historian, contemplative cultural critic, filmmaker and transmedia explorer. She has published on a broad range of issues, from feminism and colonialism, to illness, spiritual philosophy and contemporary politics. Her latest work is Myriad Intimacies, Duke University Press, 2022. She is also the author of The Integral Nature of Things, Routledge, 2013, Interleaves: Ruminations on Illness and Spiritual Life, Yoda, 2011, SacredSecular, Routledge, 2009 and Contentious Traditions: The Debate on Sati in Colonial India, University of California Press,1989. Her films include Leela’s Journey and with Nicolás Grandi, The Poetics of Fragility, De Sidere 7, The Earth on its Axis, We in Our Skin: The Tantra of Embodiment & several videopoems.

NICOLÁS GRANDI is a Buenos Aires based filmmaker, transdisciplinary artist and educator. He has taught film theory and practice in universities, schools and alternative institutional spaces in Argentina and India and has cofounded several collectives working in the intersection of film, poetry, music and sculpture. His art practices question disciplines and formal boundaries with a special focus on facilitating transcultural dialogues. He currently runs transdisciplinary art labs, teaches at the Electronic Arts program at UNTREF and directs the Medialab for young artists at Otro Mundo in Argentina. His works have toured in festivals and group shows in the Americas, Asia and Europe. Some of his works include The Bonding Lab – Transmedia Fanzine (2022), Faasla (2020), Melaine Chole (2016), De Sidere 7 (2014), The Passion according to Ander (2005).

MINSEUNG JANG is a visual artist and filmmaker based in Seoul, Korea. With the experience of working with diverse media, Jang entered contemporary art by combining snippets of reality confronted by people and arranging it in a self-restraint and symbolic manner. His major works include Voiceless (2014), a video installation mourning the victims of the Sewol Ferry Disaster, the first film, Ipseok Bugeun (2016), homonymous with the 1962 novella by Hwang Sok-Yong – a leading author in Korean literature, Over There (2018), featuring the Halla Mountain in Jeju-island for over 1,000 days of the production period, and the latest film Round and Around (2020), a tribute to the 40th  anniversary of the Gwangju Democratic Uprising.

GREGORY WHITEHEAD is an internationally acclaimed radiomaker, audio artist, text/sound poet, singer of tales, essayist, playwright, and desperado philosopher. He has created more than one hundred radio plays, essays, and acoustic adventures for the BBC, Radio France, Deutschland Radio, Australia’s ABC, NPR, and other broadcasters. Gregory Whitehead’s plays have won numerous awards, including a Prix Italia for Pressures of the Unspeakable, a Prix Futura BBC Award for Shake, Rattle, Roll; and a Sony Gold Academy Award for The Loneliest Road. Whitehead has also experimented and collaborated within toy theater, puppet theater, dance theater, museum installations, live performance, and mixed-media cabaret. He is co-editor of the pioneering anthology, Wireless Imagination: Sound, Radio and the Avant-Garde (MIT Press) and his philosophical essays and hybrid speculative fictions have appeared in a wide variety of publications. A selection of writings has been published as Almanach de plaies insensées.

MERVE UNSAL is a visual artist who lives and works in Istanbul. She researches the boundaries of photography and text in her works and traces the moments and situations when the unspoken is transformed into the unspeakable. Her works are image-driven and she thinks through the media of photography, video, sound, as well as site-specific installations. She is also one of the editors at m-est.org, a publication dedicated to think about artist-centered publishing.

LUCY WOOD is a UK-born translator and editor/copy editor specializing in the arts. Based in Istanbul for over 30 years, she has worked with numerous Turkish film directors and producers, film festivals, artists, photographers, arts and cultural organizations. She has also been a contributing writer for local English-language magazines and media companies, as well as spending a decade working in production for the Turkish film industry.

PELİN ÇAKIR is a researcher, practitioner, and activist who works across fields connected to migration/mobility, resistance, vulnerability, care, and culture. She builds on queer-feminist and counter-hegemonic perspectives, and co-creative methods in her research and writing. She has worked with local and international civil society organizations in the fields of human rights, migration, and gender. She has contributed as writer and editor for cultural and political platforms, and has translated articles, reports, statements, and newsletters as well as the book, Social Movements: An Introduction.

Gordon Hall (born and lives in the United States). The Number of Inches Between Them. 2018. Performance view. Photo: Cassandra Rodriguez. 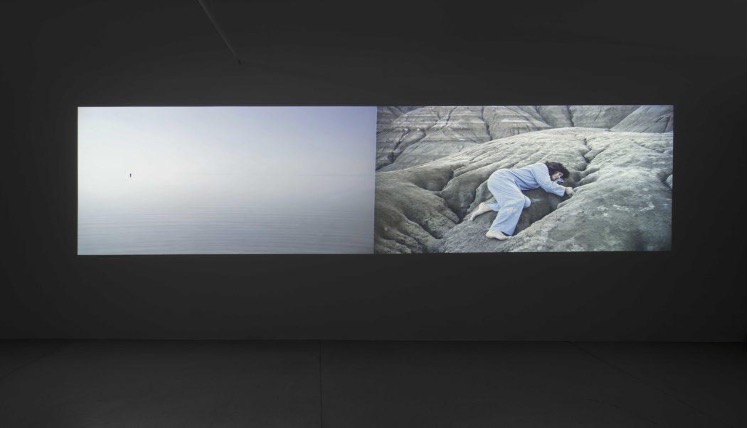 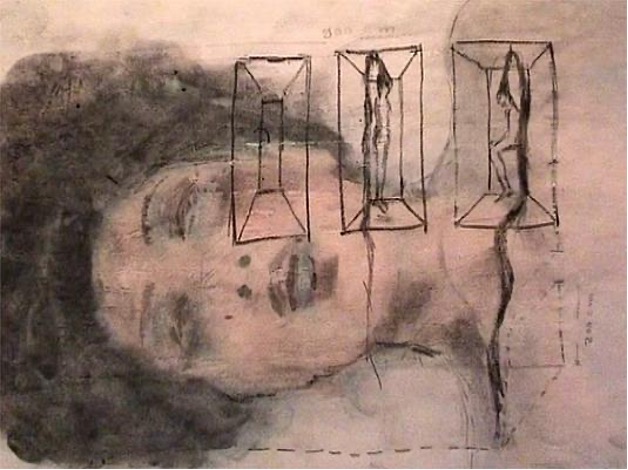 Amal Kenawy (born and died in Egypt). You will be Dead. Video projection. 2006. Still: Courtesy of Sharjah Art Foundation 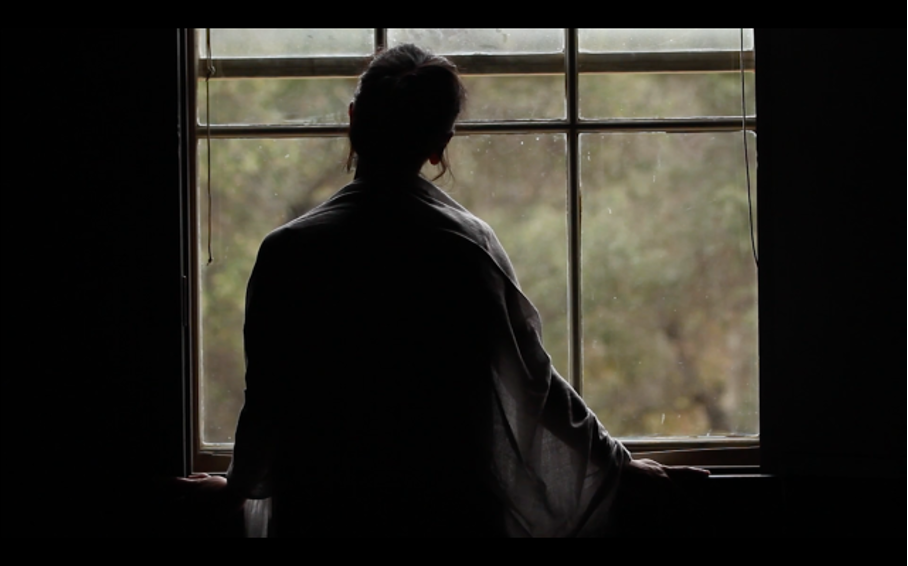 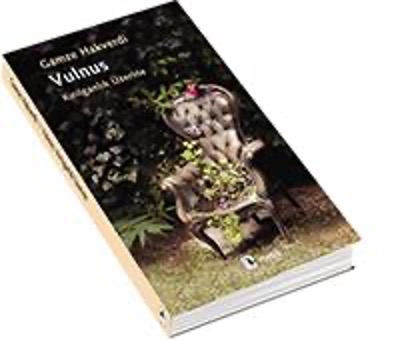 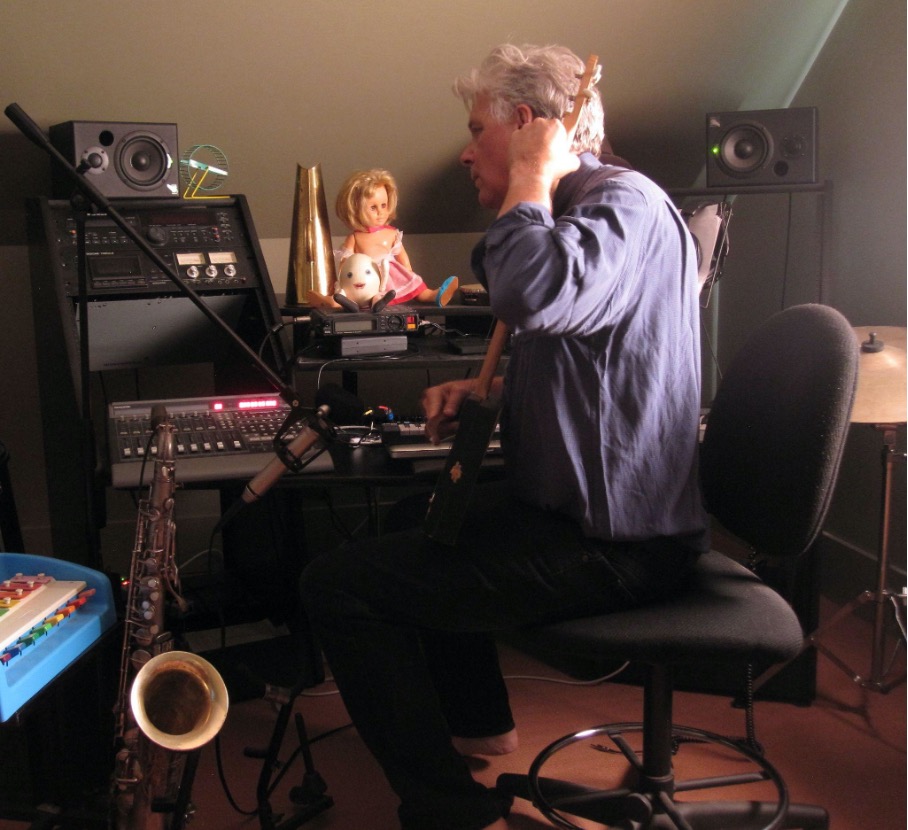 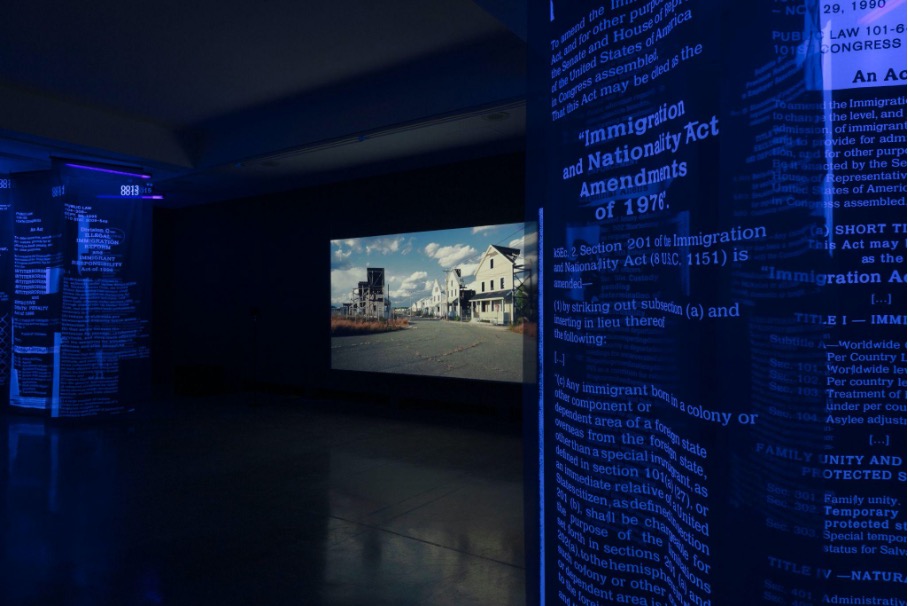 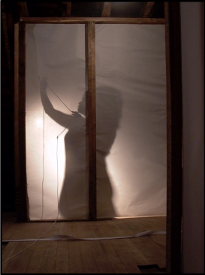